TODD IS ENDORSED BY OUR TEACHERS

As the son of public school teachers, the product of public education and the parent of two young children attending the public school he attended, Todd values public education which is why he has voted every year to increase state funding for basic education, leading to the highest basic education funding levels in state history. Since Todd took office in 2010, state education funding has increased by $3.5 billion. He also led the effort to reform the state’s funding formula which severely shortchanged our students and taxpayers and is now working to ensure the formula is fully implemented for our local schools.

Todd also recognizes the value in providing increased access to early childhood education in Pennsylvania. In the legislature, he introduced social impact financing also known as “Pay for Success” to expand access to pre-k in Pennsylvania while saving tax dollars. Recognizing our state’s budget constraints, this approach to expanding access to early learning would not only be timely, but it would be fiscally responsible, allowing private-sector investors to invest in programs for our children that save taxpayer dollars down the road.

Other legislation Todd has authored legislation aimed at improving education in Pennsylvania include:

By working across the aisle with Governor Wolf we’ve delivered record-setting education funding to our local schools. 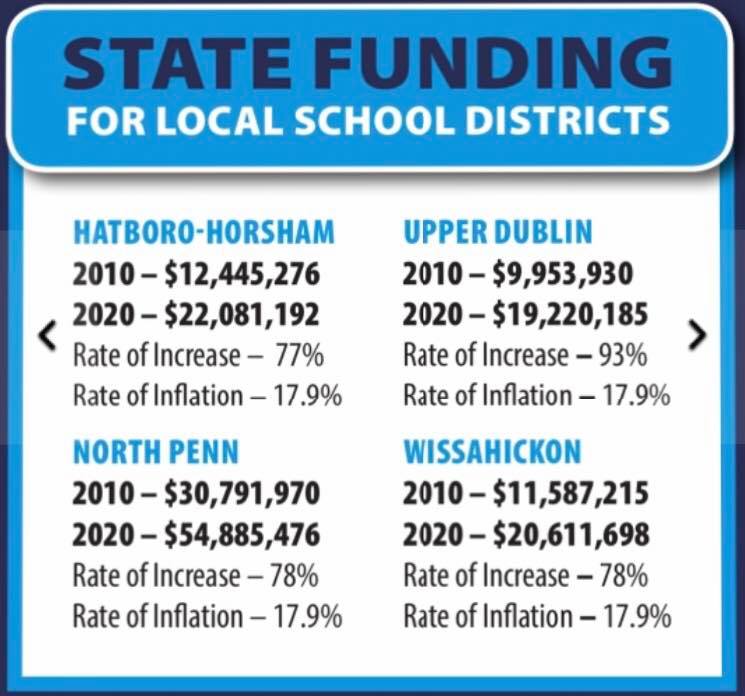 Recognizing that our taxpayers and students aren’t receiving their fair share of basic education funding, Todd introduced legislation to requirethe state to adopt the recommended funding formula from the bipartisan Basic Education Funding Commission. This funding formula would give our local districts a more equitable distribution of education funding by eliminating the “hold harmless” provision under current law which requires each of the 500 school districts across Pennsylvania to receive no less than the amount of funding they received the previous year. Today, that means districts whose population has decreased over the years would still receive equal funding while districts who’ve experienced increased enrollment are left underfunded.

If HB2628 is adopted, our local districts would receive the following additional funding: