As a career child abuse prosecutor, Todd came to the legislature with a passion for protecting children from abuse.  Shortly after he was elected, the Jerry Sandusky scandal broke and Todd authored one of the 23 reform bills that were signed into law following those tragic events.  Todd’s legislation expanded the list of “mandated reporters” who must report suspected child abuse and increased penalties for mandated reporters who failed in their duty to protect a child.

When Mission Kids, our local child advocacy center identified a harmful gap in our child protection laws they reached out to Todd to fix the law to better protect our kids. Todd wrote legislation to allow a criminal justice agency to share information relating to an allegation or instance of child abuse with a county agency or the Department of Human Services to investigate, or with a children’s advocacy center to provide services to investigating agencies. This legislation was signed into law by Governor Wolf in 2021 and enhances communication and collaboration between child protection agencies to better protect our children.

Following a report on sexual abuse of children in Catholic churches in Pennsylvania, Todd worked with Attorney General Josh Shapiro and local District Attorneys to enact the Grand Jury's recommendations. The Grand Jury specifically praised Todd's legislation, which was signed into law by Governor Wolf, and recommended it be expanded even further.

Unsatisfied with merely increasing the reporting after the abuse has already occurred, Todd also wrote legislation to strengthen criminal background checks for school employees to prevent abuse from happening. Todd also held an informational hearing on the subject of protecting students and staff in schools after a local school district was alleged to have hidden a reported abuse incident between two students on school property.

It is imperative that we not only do all we can to address threats to the safety of our children but to also plan for their future. Todd was instrumental in getting legislation passed to help families facing the financial stress of caring for individuals with disabilities. Todd worked with his colleagues to craft the ABLE Act, bipartisan legislation which creates a tax-free savings account in the Commonwealth to help cover qualified expenses like education, housing, and transportation for individuals with disabilities.

As a former Sex Crimes and Domestic Violence prosecutor, Todd has used his experience to further protect women from abuse.  He has consistently supported legislation to increase penalties for those who murder or assault women and children, including HB 1799 of 2015 (which passed the House with bipartisan support 152-37) and HB 1095 (which passed the House with bipartisan support 123-80) which would impose stronger sentences on abusers who murder or assault pregnant women and kill their unborn children.

A career prosecutor, Todd has taken his passion for assisting crime victims and their families to Harrisburg and advocated to protect and support them every single legislative session. Todd authored legislation to protect victims of domestic violence from municipal ordinances which required victims to be evicted merely for calling the police for help.

Todd also led the fight to restore vital funding for Rape Crisis and Domestic Violence Centers in each and every state budget which earned him recognition from the Pennsylvania Coalition Against Rape and the Pennsylvania Coalition Against Domestic Violence. Never forgetting our community, Todd also cosponsored legislation to direct a portion of Montgomery County’s casino revenue to our only domestic violence shelter, Laurel House, and our only Child Advocacy Center, Mission Kids.

Todd has previously sponsored legislation to increase the restitution paid to victims of crime by attaching the inmate accounts used to pay for extra benefits while in prison. 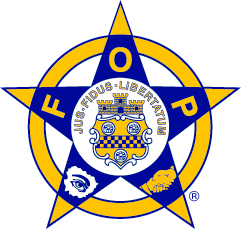